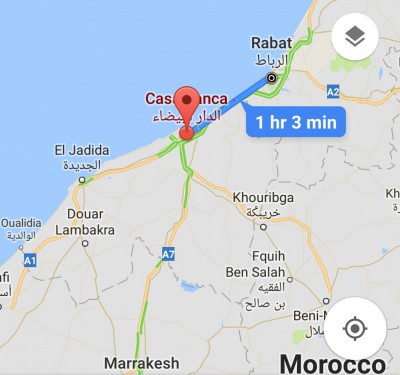 Wherever I go, there seems to have been an empire or other that has boldly been there before. More often than not it’s the British one, but sometimes the Mongolian, sometimes the Incan, sometimes the Chinese. But in Northern Africa, the Romans took hold, back in the first century, effectively kicking out the former colonial power: the Mauritanian empire.

Evidence of this can be found in one of many of Morocco’s Unesco world heritage sites: Volubilis. The archaeological site itself is a rather well preserved city, with whole sections of more or less intact mosaic floors and a still standing sun arch.

Volubilis, with its drainage and sewer systems, was just a quick stop towards our first bush camp of the trip, though. Well, bush camp is a bit of a stretch, seeing that we set camp in what was basically a park which, during the days, was visited by many a local picniccer. Sounds of the not too distant motorway filled the night soundscape rather than the noise of untamed wilderness, and burglars were the fear during the night, not lions.

Lions may not be found in Morocco, but probably in some of the countries for which we obtained visas. Rabat, being the capital of Morocco, hosts many embassies, including, but not limited to, Côte d’Ivoire and at least one of the Guineas. Passports and forms properly provided, we had a few days to kill, and so took of to that city of white houses, made famous by that Marx brothers film from 1946. After a trip to what might be the largest sports goods store in Northern Africa to replace my retired sleeping mat, and a quick stop for a beer at a rather shady bar, I arrived at what would be the main reason for going to Casablanca: a gin at Rick’s Café. The gang had arranged a shared minivan back to camp at 15:30, so when I got there at 15:05 I had plenty of time. Or so I thought. The fancy gin joint, modelled after its namesake in the 1942 film starring Ingrid Bergman and Humphrey Bogart, closed at 15, and wouldn’t open until 18:30. Therefore I stayed back, got myself some tasty fish dinner at an up-scale place by the docks, and awaited the reopening.

It has all the sway of its Hollywood inspiration, and they make a very passable G&T. Posters for the film, and related movies (such as the Swedish documentary Jag är Ingrid) decorate the walls, and a few tv screens show the film on repeat. 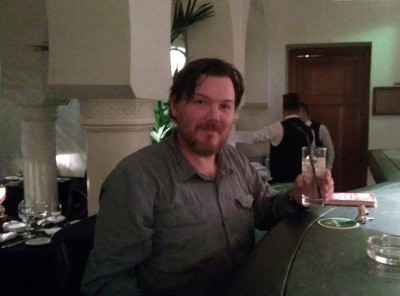 Mission accomplished, I returned to camp via commuter train, and lay my head and body on my newly bought therma-rest.

The capital beckoned once more, and not only for shuffling papers and passports. I left the gang for a day and a night in town, upgrading to a room in a hostel in the middle of the medina. 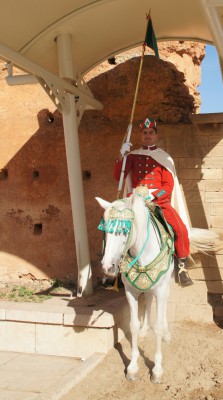 Rabat is less hectic than Fez or Chefchaoen, and outside the medina there’s almost a European feel to it. I managed to take in the main sights, such as the mausoleum of Mohammed V and the Hassan tower, as well as the museum of contemporary art, before perusing the labyrinthine alleyways of the medina in search of a typical Moroccan restaurant. I found one, hidden away in some nook or cranny, and was welcomed like a French aristocrat. The staff were all very proper, bowing and curtseing in all their finery, and I soon understood why: the price for beer or wine was higher than in Sweden, and there was no á la carte, just a set menu, the smallest of which started at 500 moroccobobs (around €50). This was an expensive place, so I excused myself, crawled out of the medina and to a nearby ship that doubled as a restaurant. 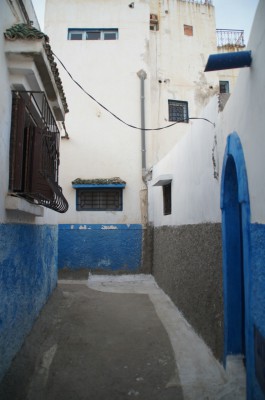 Waking up the next morning to a sunny day with just the right amount of bustliness, I hauled myself to yet another embassy to rejoin the group. The Roman empire may only have reached as far south as Volubilis, but the French grasped forther down still. As such, our resident Canadienne was more than helpful during the days of embassy visits in Rabat, translating back and forth. Perhaps that helped getting our Côte d’Ivoire and Guinea visas comparatively smoothly, and off we went to Marracesh.