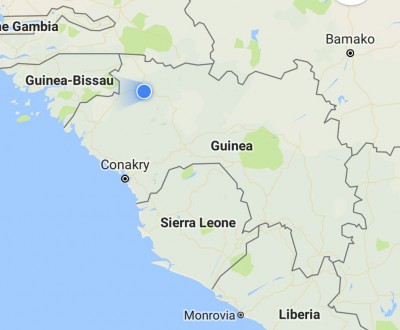 Halfway through the trip I started to know decidedly less, actually. Guinea-Bissau is maiden territory for most overlanding companies, and certainly for Oasis. So what would follow was obscured. The border crossing from Senegal into Guinea-Bissau was smooth as, though, and with the same currency some of the bureaucracy was lessened. 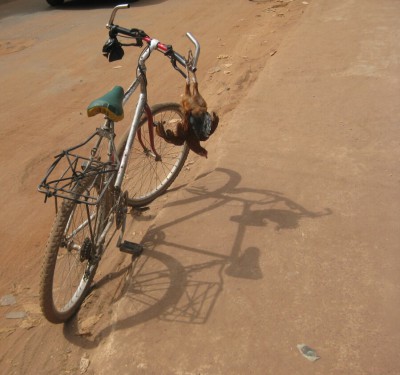 Not that I spent any money. Campsites are not a thing in G-B, and hotels even less so. As per previous warnings, I had stocked up some beer in Senegal (the juice is, though not illegal, difficult to obtain), and the former Portuguese colony was crossed in two days, despite the roads being bumpy and ill maintained, bushcamping all the way. 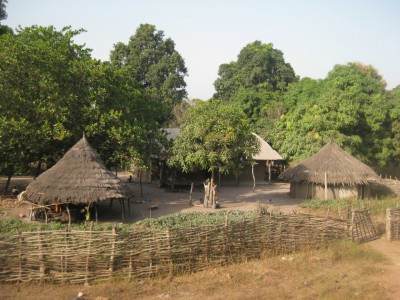 One of those days was the day that I stopped being 42, and so the christmas licorice from the old homestead was opened, to the delight of all Scandinavians aboard (Preben and myself). The half-dutch passengers feel wrongly about salty licorice, so more for me. It might even last all the way through christmas. 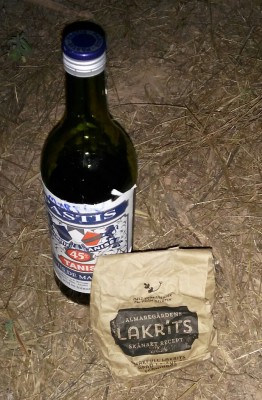 If crossing into Guinea-Bissau was relatively hassle free, then crossing into regular Guinea was almost European in its smoothness. Which is more than can be said about the roads. Roughly three hours after we had entered Guinea it was time for lunch, some 40 kilometres inland. So, the lumpy, humpy, bumpy dirt roads allowed Nala the truck to move in decent running tempo.

More bushcamps in quarries followed, but as christmas was coming up, we stayed one night in Labé in order to get the final shopping done, overnighting on the grounds of a local hotel, thereby at least having access to the essentials.

Christmas itself was spent in the wild, though. In Kinkon Falls in the Guinean Highlands, to be precise.

Sporting my brand new (well, second hand) mozziepants (bought at the market for 6000 guineabobs, about €0.60) and my too small Santa hat, I celebrated Scandinavian christmas (24:th) by opening one of the two gifts I had carried from home. More licorice, obvs, and the deck of cards with moomin motives was inaugurated immediately.

Christmas day is when most of the English speaking world celebrate the holidays, and so I did the traditional Xmas laundry in the morning, before heading to pancake breakfast and Secret Santa. 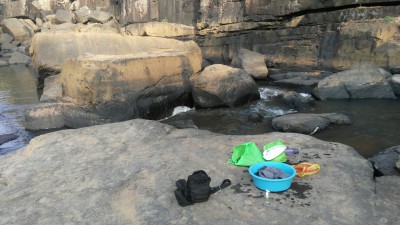 In addition to the other present from home (even more licorice, yay!), my Secret Santa brought me a little eskie*, with two beers in it. Other secret gifts consisted of a jar of Nutella, a shaving mirror and a slingshot. 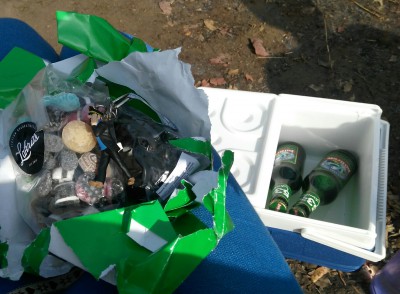 Contrary to the usual weather conditions in the end of December, I was so hot my head nearly fell off.

Luckily, the very same river and waterfall that had provided me with the laundry water, offered pools and springs of cooling water, and I packed my little xmas eskie* and spent the hottest hours in or near the babbling brook, including swimming as close to the waterfall as possible.

The roads of Guinea are often bumpier than those of Guinea-Bissau, but eventually we stopped some 60 km from the border and bushcamped (in a manner of speaking) at a football pitch in front of a large audience of locals, clearly intrigued by the big yellow truck and the bunch of white people trying to cook over an open fire. The goal was to cross over to Sierra Leone and get to the beaches of Freetown for a couple of days around New Year’s, and crossed we did.