Note: the pix below are now hi-res (exept, I suppose, for the croc one) and clickable. 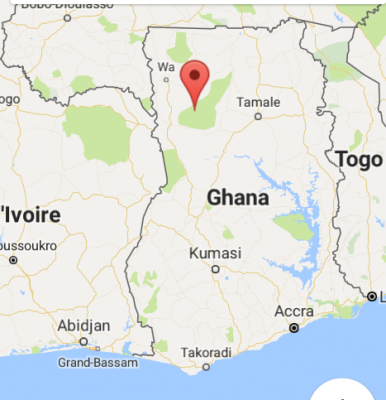 With three blank pages still available in my passport, I was now in country number 70* on my globetrotting CV. Ghana is sometimes described as West Africa for beginners, and I could get behind that sentiment. The roads are decent, electricity is available almost 24 hours a day and many places sell ice and meat. At the same time it has some of the attributes of the region, such as villages of huts with thatched roofs, waving children, busy markets and elephants. 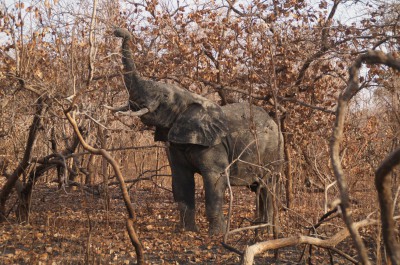 The elephants dwell mostly in the rural areas, though. Mostly. A nice place to see the largest land animal in the world is Mole** National Park, which also hosts warthogs, crocodiles, a bunch of antelope species and a particularly nasty type of ant. 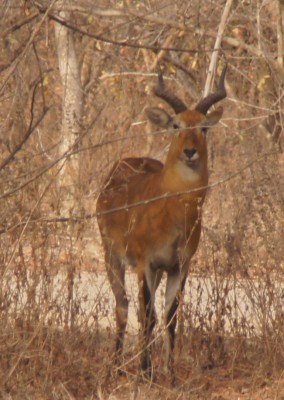 Taking a game drive in the afternoon, we saw a ton of some of the above, a decent amount of some, and about two dozen per sock of the last, burrowed into them, biding their time until I would let my guard down for a full frontal attack on my groin. I didn’t let my guard down, though, and ruthlessly showed some 50 ants who’s the boss, and also 25 million times larger. 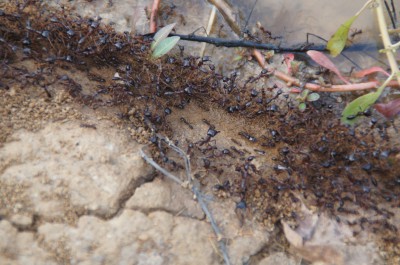 I went to bed straight after dinner, for I, along with a co-traveller, was booked for a night drive at 3:30. Apparently there’s a 3:30 in the morning now, but nobody seemed to have told neither the driver, nor the guide. The night drive was a no-show, and I went back to bed, hoping to catch two hours of sleep before the morning’s walk. The morning walk went on as planned, though. Similar sights, and this time even crocodiles.

We left Mole with full memory cards and mosied on, desperately trying to find a decent bushcamp not too far from our next destination. As luck would have it, Mr Charles, the proprietor of a cocoa plantation, welcomed us with open arms to camp in his backyard and letting us use his outhouse. While the pots were boiling, we ventured into the hamlet and actually found a rooftop bar called The Rooftop Bar. It was closed though, but below lied an establishment called The Roofdown Bar, were we got to sample the local spirit (booze spiced with different herbs and sugar, not completely dissimilar to Jägermeister) and its premixed counterpart, Orijin. Next morning Mr Charles took us to see the plantation. A government run facility, they grow and care for cocoa seedlings, which the farmers of the region can collect, free of charge, thereby helping struggling farmers to get enough crops to make a decent living, while at the same time ensuring the highest possible level of quality for the Ghanaian chocolate. 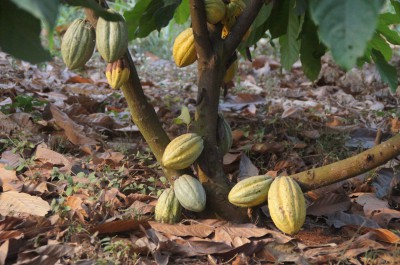 *) Depending on how you count, of course. It’s a country if it was recognized as such by the UN or IOC at the time of visit, and it counts as a visit if you’ve been outside any points of entry (airports, harbours, train stations etc), stayed at least a night and sampled the local food and/or beer (if they have any). The staying a night is not necessary for mini or micro nations such as Monaco, and the sampling is not necessary for nano nations such as the Vatican or places without permanent population, such as Antarctica.

**) Not pronounced like the burrowing, almost blind animal, but rather Moll-e