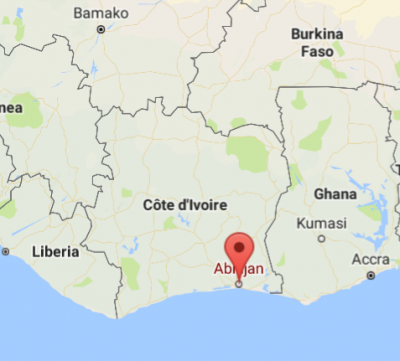 At the border crossing, the green, white and orange flag waved, and a bar provided beers while we were waiting for immigration to process our passports. No, we hadn’t gone through a portal and materialized on the Emerald Isle; the orange part of the flag was to the left and the beers were large bottles of chilled lager, rather than pints of foamy black stout.
We bushcamped right by the customs building, and had enough time to sightsee the local village. In this case, it was rather the local villagers coming to sightsee us; never before had the large yellow truck full of white people cooking on open fire drawn such a big crowd.
Moving on, we had another bushcamp right at the edge of a kautschuk plantation with perfectly lined trees. 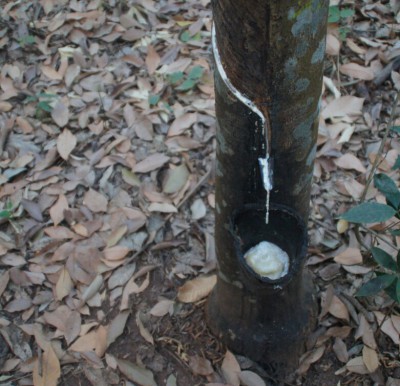 Further south, outside Yamoussoukro, the capital of Côte d’Ivoire, they had built a big church in the outskirts of nowhere. Apparently it’s a replica of the basilica in the Vatican, only without the crowd, and, you know, the pope. 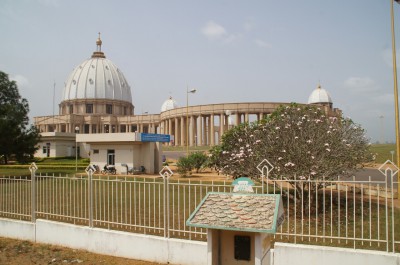 Swiftly passing through the Ivorian landscape, aiming for the actual coast, we soon got to see a rare sight in Western Africa: a city skyline, complete with high-rise buildings.

Abidjan, the capital in all but actuality, was passed through, and we stayed at a beach resort pretty much halfway between the city and the smaller and cosier town of Grand Bassam, with taxi distance to both. The days by the beach were spent relaxing, and in my case getting back to the digital world. I found a decent enough phone for a small penny and started perusing the recently released programme for the upcoming film festival back home. I managed to get through it, select and cull my selection, puzzle all the films into my schedule and ordering the tickets. With dealings with upcoming events at home turf all sorted, we left the coast and moved on, leaving the francophone parts of the trip behind, and entering the last country of this my Western Africa odyssey.